Armand, your port of call for back-office malfunctions 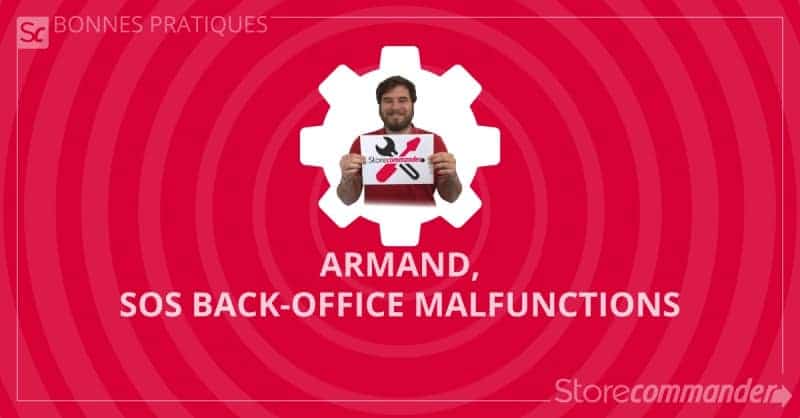 If you have a technical problem on your commercial site, there’s no question of it staying down for too long. The Store Commander teams know that every minute is precious.

The first thing to do is call the Store Commander support service. That’s the right move. Sonia is there, always calm and reassuring. Most of the time, she’ll help you directly to solve your problem. If the work required is more complex, she’ll refer the case to Armand Maumet, who’s been a developer at Store Commander for three years: “There are all sorts of reasons for malfunctions: a problem on one of the customer’s databases, incorrect operation, an issue involving PrestaShop or perhaps a situation we’ve never encountered before on the Store Commander software. In any case, I take control to access the back office of the online store directly. It’s easier to operate in this way because we can’t replicate the problem our end under the same conditions”.

A mystery to be solved

Every day, Armand turns into a detective and he loves it. “Every case to solve is like a riddle and I have to find the solution without wasting time. Sometimes I spend two minutes and sometimes I spend 1.5 hours trying to work out where the malfunction is coming from”. He admits that he’s never been defeated. Phew!

Armand is rarely in touch with customers, instead following Sonia’s requests who manages priorities and classifies troubleshooting work according to urgency. He has to work fast but more often than not Armand works on one part of the system without bringing the whole back office to a standstill. So, e-merchants can continue working on their site.

The whole Store Commander team has it in its genes: listening to customers, assisting them when in trouble and working to expand software permanently. Armand, along with his two fellow developers, Steeve and Lionel, devote a good deal of their time to modifying every Store Commander module. Updates are made continually and offered to e-merchants several times a month.

This taking into account of user feedback is very much appreciated, and is even one of Store Commander’s trademarks, as testified by Sophie Ligabue, founder of the site Enfantilingue. When she created her e-library dedicated to foreign-language learning ​​for children, she was in touch with Store Commander several times. “When solving problems, suggestions for improvement are inevitably made if relevant, the Store Commander team takes them into account and integrates them into the update. Many competitors wouldn’t so this; they’re very attentive to customers and are constantly challenging themselves. With each update, I discover new features that enrich the Store Commander module. It’s unusual enough to be mentioned”.

> Tips>Armand, your port of call for back-office malfunctions