Headwear, the final touch to fashion 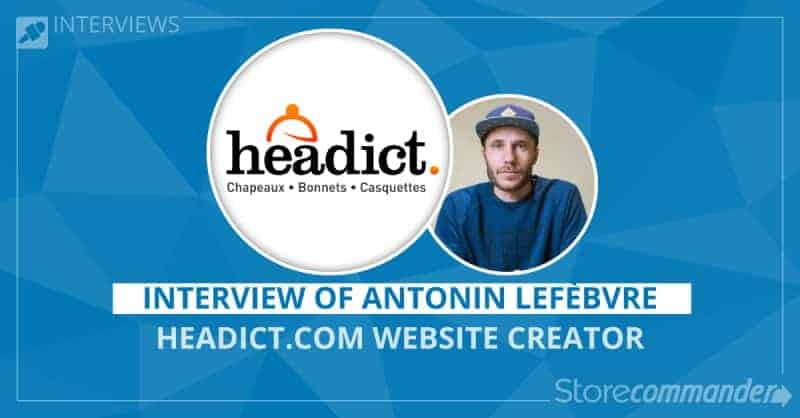 “It’s better to have a good head than a full one,” said Montaigne. What’s more, if your hair’s well groomed, you can reach new heights! That’s the whole concept of ​​the founders of Headict: selling headwear on the web and making it a trendy product.

Antonin Lefèbvre is quite sure: “headwear is the fashion accessory that gives the final touch to a person’s look”. Whether a hat, cap or beret, everyone can express their own personality and have their own headwear. That’s fitting, as Antonin offers over 20,000 items on its site Headict, created in 2009. However, it’s not from the world of headgear, but is instead the result of keeping a close eye on the internet at the time. In doing so, he noticed there was a shortage in this sector and an aging offering. So, Antonin and Julien, his business partner – both from the web – decided to rejuvenate the target branch. “We selected quality brands initially for bonnets then we expanded to caps and hats”. They were so successful that they even opened a physical store in Annecy in 2015 and are now selling across Europe. "Of course, we sell more caps in Italy and Spain and more bonnets in Holland,” says Antonin, “but generally speaking, tastes vary little from one country to another. In any case, France is generally ahead of trends and sets the tone”.

Managed through Store Commander’s multi-store solution, the site is available in six languages: French, English, Spanish, Italian, German and Dutch. Payments are also accepted in euros, dollars, pounds sterling and Swiss francs. “We use Store Commander all the time; it’s an essential tool,” says Antonin, “because we have lots of variations of models, colours and sizes”. On the site, a funny and very visual tutorial also helps users to correctly measure their head circumference. “The Store Commander drag and drop system lets you mass-edit products and manage categories easily, in any language”. The site can be used in two ways: either the buyer selects a category – hats, caps, bonnets, berets, fur hats or scarves – or he chooses his brand first and his click automatically redirects him to the brand’s different products. Whether you’re a somewhat older Stetson fan or a young cap lover, there’s something for every style!

To broaden its target sector and go even further off the beaten track, Headict recently launched capsule collections from collaborations with creators. For “Beyond the grave,” the caps are adorned with pictograms created by graphic designer Morte; Vanessa Andrieux finds the caps for the First Track capsule collection rather attractive; while Van Life refers to road movies etc. Headict lays claim to and researches these multiple influences: “Inspired by the streets, music and culture etc. and everyone around us, the capsule collections offer limited editions of original and innovative creations. Born from our encounters with artists, these exclusive collaborations present headwear as a new field of expression”.

On the site, creative types are also invited to tell their own story. Who knows – maybe they’ll form the basis of the next capsule collection.

Finally, if you really want headwear like no other, you can customise your cap online in three clicks: select your model from over 50 snapbacks, then choose the lettering and colour of the embroidery and enter your text. Headict takes up to 10 days to produce the customised product in its workshop in Annecy. And hey presto, there you have a beautiful, unique cap. We told you it was trendy!

> Interviews>Headwear, the final touch to fashion